Vayyar Teams With Alexa To Aid Seniors Who Fall At Home

Dec 08, 2021TechComments Off on Vayyar Teams With Alexa To Aid Seniors Who Fall At Home 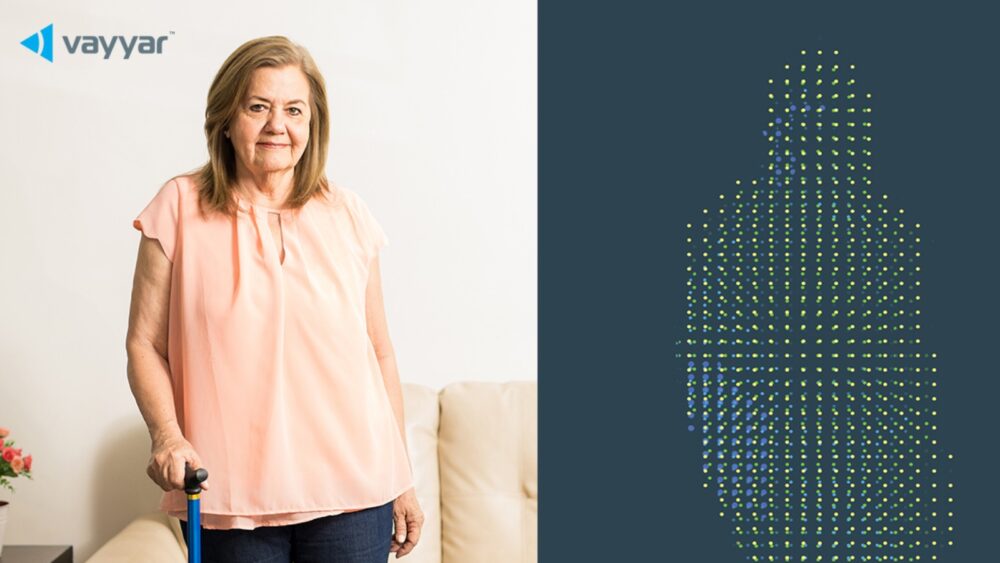 The contactless, wall-mounted sensors alert responders when a senior has fallen and isn’t able to push a button or pull a cord to summon help.

Seniors won’t have to remember to strap on a wearable monitor every morning. That’s not an insignificant problem: A third of seniors forget to put on their devices, while a fifth refuse to use them entirely, fearing a loss of independence.

Vayyar will be available as part of Alexa Together, a new subscription service from Amazon designed to facilitate safe aging in place.

If Vayyar Care detects a fall, it will contact the Alexa Together Urgent Response emergency helpline. Alexa will also send a notification to the designated caregiver.

Vayyar Care can detect falls in all lighting conditions — including pitch darkness and dense steam — making it ideal for use in bathrooms, which is where some 80 percent of falls happen and where customers don’t generally want to install a security camera.

“Alexa Together offers even more value for aging customers when they can connect a device like Vayyar Care.”

The company has come a long way in the past several years.

Vayyar places multiple sensors on a single silicon chip to reduce the physical footprint of the device as well as the cost. The company’s “4D” sensors were originally created to detect breast cancer.

That was then expanded to cars — Vayyar sensors can help a car navigate in bad weather and without line-of-sight visibility. Inside the car, it can detect whether children are present and wearing their seatbelts.

The company won a CES award for its Walabot wall scanner that lets contractors “see through” walls to find studs.

Vayyar is now poised make its greatest impact yet.

“With today’s seniors more empowered and engaged than ever, there’s a clear need for smart technologies that enable them to maintain their lifestyles, providing the protection they demand and the peace-of-mind their families expect,” said Raviv Melamed, Vayyar’s CEO.

Melamed and co-founders Miri Ratner and Naftali Chayat discovered in 2011 that each had a family member suffering from cancer. They set out to make a difference. The product they built was a thumb-sized sensor with 24 built-in RF antennas.

RF signals can penetrate anything from human tissue to concrete walls. Because objects made of differing materials absorb the RF signals at varying rates, some signals go straight through an object while others bounce back at distinctive strengths, creating what Vayyar head of marketing Malcolm Berman describes as “a reflection.” Vayyar then uses its many antennas to stitch those reflections into a 3D image.

For breast cancer, Vayyar could be used to differentiate between normal tissue and a tumor, and between benign and malignant tumors.

Vayyar’s founders soon realized that the same technology could be used in almost unlimited applications — from smart homes to self-driving cars.

Vayyar Care is available now for Amazon Alexa Together.

Produced in association with Israel21C.

Recommended from our partners

The post Vayyar Teams With Alexa To Aid Seniors Who Fall At Home appeared first on Zenger News.